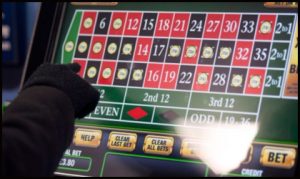 In the United Kingdom and prominent high street bookmakers William Hill and GVC Holdings are reportedly in line for a tax refund totalling around £350 million ($426.2 million) after a pair of their rivals prevailed in a legal battle concerning fixed-odds betting terminals (FOBT).

According to a Wednesday report from The Guardian newspaper, the impending windfall is a result of fellow bookmakers Betfred and Rank Group winning a court action against Her Majesty’s Revenue and Customs (HMRC) concerning value-added tax (VAT) payments they had made on the lucrative machines for the eight years beginning from the start of 2005.

The Guardian reported that William Hill runs around 2,300 sportsbetting shops spread across the length and breadth of the United Kingdom while GVC Holdings is responsible for the approximately 3,500 such venues via its 2018 acquisition of Ladbrokes Coral Group. Most of these properties feature at least one FOBT and William Hill has purportedly detailed that it is now hopeful of being able to claim a tax rebate worth up to £150 million ($182.7 million).

“As a result of this announcement, we will now engage with HMRC to agree the support for, quantum and timing of the refund.”

Although GVC has yet to officially comment on the situation, the newspaper reported that the Isle of Man-based firm previously pronounced that such an outcome could see it benefit to the tune of approximately £200 million ($243.5 million).

The Guardian reported that last month’s Upper Tribunal ruling found that FOBT machines were not subject to VAT because they resemble devices such as roulette wheels that are exempt from such duties. The HMRC purportedly revealed that it does not intend to appeal this decision, which is set to prompt a number of other operators to lodge similar refund requests.

The newspaper reported that the ruling comes at an opportune time for bookmakers in the United Kingdom as they are currently struggling with the temporary closure of their shops due to the ongoing coronavirus pandemic. Such firms have moreover seen their revenues slashed as a result of last year’s government decision that cut the maximum single FOBT stake from £100 ($121.72) down to a more modest £2 ($2.43).