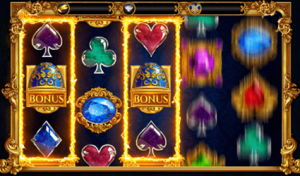 A lucky player has managed to win a life-changing prize thanks to Wildz Casino and a popular Yggdrasil online slot game. The player was using his laptop to play Empire Fortune, a progressive slot, when he hit the jackpot worth €4.2m!

Yggdrasil released the Empire Fortune progressive slot game back in 2016 and since that time, the title has become one of the most popular for the provider. The title shares a global progressive with Joker Millions, and players have won big prizes while enjoying these two titles. The sum of prizes now earned from the progressive jackpot pool has reached €39.5m.

CEO Fredrick Elmqvist stated the company is excited to see another big jackpot win from the Empire Fortune game. The company’s progressive jackpot games have been successful from launch and attract a large customer base who wish to be the next big winner.

COO of Wildz parent company Rootz Ltd, Tony Kjäldström said that the jackpot was the largest the casino has ever awarded, and their players love Yggdrasil’s games. The COO extended his congratulations to the winner from everyone at Wildz Casino.

For Yggdrasil, the company sees great success from their tried and true games like Empire Fortune but also finds that new titles they produce become popular quite quickly. Just a few weeks ago, the brand announced a new 5×3 slot based on the 80s theme. Neon Rush Splitz is the second game launched by the provider offering the innovative Splitz mechanic and offering players the potential to earn up to 248,382 pay ways!

The top jackpot in this game pays more than 25,000x the stake, so the win potential is quite large. The new slot game is packed with features and just one more example as to what the company provides both operators and players!