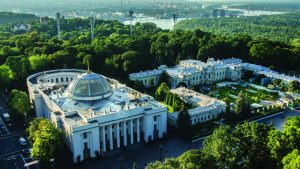 Ukraine’s Committee on Finance, Tax and Customs Policy has approved a taxation framework for the country’s new gaming industry, setting a flat 10 percent rate for all forms of gambling.

The committee ultimately opted to modify bill 2713-d, introduced by its chair Oleg Marusyak. The legislation will complement the country’s new Gambling Act which was signed into law in August 2020. Marusyak’s bill initially proposed a five percent GGR tax on bookmaking, 10 percent for online gambling and for lotteries and 12.5 percent for slot machines. However, the committee instead decided on a single rate across all verticals. In addition, operators will also be required to pay an 18 percent general corporate tax rate.

On the player side, gambling winnings amounting to more than eight months’ minimum wage – currently UAH48,000 – will be taxed as income.

Ukraine’s unicameral parliament, the Rada, will still need to approve the new tax bill, after which it may be signed into law.