Tracy Damestani steps down from ECA board 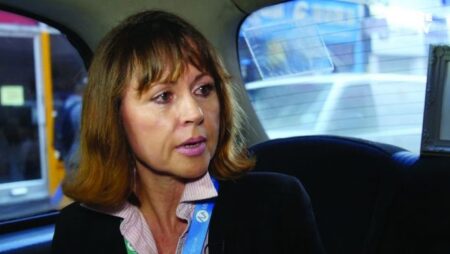 Tracy Damestani has left her position as vice-chair of the European Casino Association. Damestani ends a five year term during which she substantially contributed to the growth and diversity of the association.

In that time, Damestani oversaw the Working Group on Events and Education launching several important initiatives. She promoted inclusion within the licensed land-based casino and made increased diversity a priority for the ECA and its members. As a strong ambassador for gender equality, she led the implementation of the Diversity and Inclusion Career Enhancement (DICE), the first Gender Diversity Initiative to promote not only gender inclusion, but also diversity in all forms. The initiative is and will continue to be an important part in ECA’s ongoing support for the UN Global Compact and the UN Sustainable Development Goals.

“Within the ECA, Ms Damestani has emphasised the importance of supporting women in the gambling industry before the term gender diversity became mainstream,” said Per Jaldung, ECA chairman. “Working closely for several years with Ms. Damestani – on issues related to responsible gambling, GDPR and other important topics for our industry as well as trade organisation management – has been a great experience. Her contributions to the ECA are very valuable.”