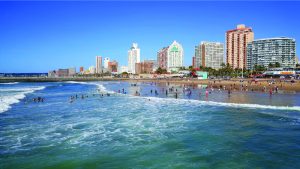 Delayed global vaccination rollouts and the ongoing uncertainty surrounding new COVID-19 variants mean international tourism is unlikely to rebound until 2022, according to a report by South African Tourism.

South African Tourism has released a new report setting out the sector’s path to recovery following the COVID-19 lockdown, and analysing when international travel is likely to resume. The second volume of the Road to Recovery report was released in late March.

The agency’s analysis suggests it could take a year or more for some of South Africa’s key market to resume international travel to the country. While below the global average, travel and tourism still contributed seven percent of South Africa’s GDP prior to the pandemic, according to the World Travel and Tourism Council, accounting for almost 1.5 million jobs.

“Early predictions were that global tourism could start to rebound by Q3 2021, but new variants of the virus, delayed global vaccination rollouts and unpredictable waves of new infections suggest that the recovery of international tourism will occur more gradually,” the SA Tourism report stated, noting that in the short-term, the outlook for the resumption of international tourism is still minimal. “The rollout of vaccinations will increase consumer trust in travel but the impacts of this on international travel will likely only begin as more countries reach acceptable vaccination thresholds,” it continued. “At current vaccination rates, this may only be expected towards 2022.”

The report identified the UK and the US as two markets which are likely to first resume travel given that they are more competitively more advanced in their vaccination programmes. It highlighted that the US is currently only screening upon entry after travel from South Africa, reducing barriers to re-entry compared to many other regions. However, despite the progress with vaccination, both countries are still experiencing high weekly case rates.

Travellers from regional African source markets, including Nigeria, Kenya, Zambia and Malawi, are more likely to travel to South Africa compared to their European, Asian and North American counterparts, the report suggested

However, although Africa is the country’s largest source market, accounting for 77 percent of visitors in 2019, it only generates 40 percent of foreign tourism revenue.

Nevertheless, although international travel is expected to remain subdued for most of 2021, the report noted that the local tourism industry is showing signs of recovery. Overnight trips are back to 50 percent of 2019 levels since the resumption of domestic tourism in late July 2020.

“For South Africa we need our source markets to have 60 percent-odd of the people vaccinated, and we need to have the same in our country because our source markets are not going to feel comfortable coming to South Africa if they don’t feel that they’re going to be safe as well,” said Lee-Anne Bac, a director in Advisory Services at BDO South Africa. “What we have seen, which is really fantastic, is the growth of our domestic market.”

Hotel operators saw a rise in bookings for the Easter weekend at the start of April. Graham Wood, COO of hospitality at Sun International, reported Easter was “the busiest we have been since the initial hard lockdown in March last year”.

Marcel von Aulock, CEO of Tsogo Sun Hotels, noted that the company’s “Cape Town and Sandton are still struggling overall due to the impact of very little international tourism as well as business and conference travel”. However, he said both properties had seen an “uptick in local leisure hotel bookings for the long [Easter] weekend”. “Durban, which is more aligned to the domestic tourism market, is doing much better overall,” von Aulock added.