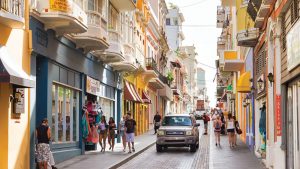 Puerto Rico’s plans to tax slot machines have been put on hold following a decision by the San Juan’s Court of First Instance.

The ruling comes after Electronic Games Inc filed a lawsuit in which the company argued that the new regulations exceeded the authority of the Puerto Rico Tourism Company (PRTC) and are therefore unconstitutional.

Judge Glorianne Lotti Rodríguez found that while the Legislature had previously given authority to the PRTC to regulate slot machines under Law 257, in 2019 it subsequently passed the Ley 81 which created the Puerto Rico Gaming Commission, transferring regulatory responsibility for the sector to the new entity.

Orlando Rivera, executive director of the Gaming Commission, said the delay has been detrimental to the economy. “From licencing fees alone the government would have received around $30m annually,” he noted.

“If the annulment of the regulations is approved, everything that I have done from January until now will be in vain,” stated Rivera. “All the licences which were granted will need to be revoked and we’ll need to start a new process.” He added that the PRTC will appeal the ruling.

Rivera emphasised that the regulation of slots had already been successful in combating the illegal market. “Prior to regulation there were around 3,100 operators and more than 80,000 illegal slot machines,” he indicated, highlighting that there are now 101 licenced operators, while the law caps slot machine numbers at 25,000.