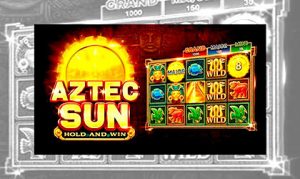 Top-rated gaming supplier Booongo has announced a new online slot game Aztec Sun: Hold and Win, featuring hidden gold inside ancient temples. The new game has just released, and players can easily check it out. On top of that, Booongo is hosting a new tournament titled Aztec Sun: Release, allowing players to compete for €30,000 in prize money.

Aztec gold awaits in the new Aztec Sun: Hold and Win game. This new 3×5 slot features 25 paylines and allows players to spin and play for a chance to win big jackpots. As you play, collect six Aztec Suns and you can access a special bonus game This can lead to a MegaBigWin worth up to 1,000x and start the chase for the Grand Jackpot. The Grand Jackpot can be won if you collect 15 bonus symbols on the reels, according to the supplier’s press release.

When you access three scatters or more on the reels, you can access an extra game series. This is a great way to keep spinning without cost to you! There is also a wild symbol in the game, one that will substitute for all symbols except the bonus and scatter to build winning combinations.

With the release of this new slot game, players can check it out by taking part in the Aztec Sun: Release tournament. Having started on June 25, this tournament will continue until June 30. The tournament is offering up a prize pool of €30,000.

The top players of the tournament will be able to earn a piece of the large prize pool while trying out this new game from the top-rated supplier. Give the game a spin today explore the new theme and the special bonus features!