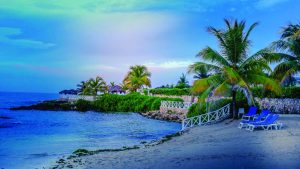 The first phase of the project will see the construction of 1,010 rooms and a casino. The development was welcomed by the Hanover Municipal Corporation chairman and mayor of Lucea, Sheridan Samuels. “They could have chosen many other locations in Jamaica but they chose to invest in Hanover, and for that we are grateful,” he said.

The approval marks the final stage of the planning process, as the project has previously received the green light from the National Environment and Planning Agency (NEPA), the National Works Agency (NWA) as well as the Negril and Green Island Area Local Planning Authority and local Fire and Health Departments.

Tourism minister Edmund Bartlett recently cited the project, together with other ongoing investments, as an indicator of Jamaica’s tourism investment climate.