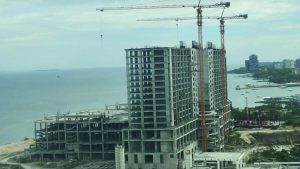 PH Resorts Group Holdings has announced a new completion date for the first phase of its Emerald Bay casino resort in Cebu.

The Philippine-listed firm, controlled by local entrepreneur Dennis Uy, said Emerald Bay would be constructed in two phases, with the first phase “expected to be completed in the third quarter of 2022”.

The company had previously suggested the initial phase of the complex would be finished by Q2 2022.

With an estimated cost of $238.5m, phase one will include a casino with 122 gaming tables and 600 electronic gaming machines and a five-star hotel with 270 rooms.

In a filing on 14 May, PH Resorts stated it was working closely with its design, project management and construction teams, “to ensure that phase one of Emerald Bay is completed” and commences “full operations…for the targeted opening in the third quarter of 2022”.

With a budget of $465.4m, the second phase of Emerald Bay – to be developed up to 2026 – will see the addition of more than 700 electronic gaming machines and 146 gaming tables, together with meetings and exhibitions space. It will also include a second five-star hotel with approximately 780 rooms.

The post Phase one of Emerald Bay to open in Q3 2022 appeared first on Casino Review.