In Japan and the mayor for the city of Osaka has reportedly announced that his community has pushed back the opening date for its planned integrated casino resort by a further two years due to the impacts of the coronavirus pandemic.

According to a report from Inside Asian Gaming, Ichiro Matsui detailed that the premiere of the envisioned gambling-friendly facility for Yumeshima Island will now not likely happen until the second half of 2027 and may even be further delayed until well into 2018.

Inside Asian Gaming reported that Osaka had initially hoped to begin welcoming gamblers to the new integrated casino resort in time for its hosting of the upcoming World Expo 2025 extravaganza, which is scheduled to run for seven months beginning from May of 2025. However, the source explained that this timetable has purportedly run into difficulties as local officials have been unable to meet with representatives from prospective operator MGM Resorts International owing to Japan’s implementation of coronavirus-related travel restrictions.

“I have received a message from the operator asking for a 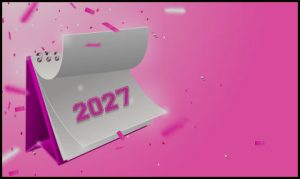 short extension. The investment capacity of the operator has taken a blow and we will consider this when we are determining an opening time. I can foresee an overall delay of between one and two years.”

For its part and GGRAsia used its own story to report that the Japanese city has moreover delayed the request for proposal (RFP) stage of its operator selection plan by a further six months, which means that the eventual winner may now not be revealed until sometime next year.

March saw Osaka extend the deadline for submissions from prospective private-sector casino operating partners by a further three months to the end of July even as other candidate communities including Nagasaki Prefecture and Wakayama Prefecture pushed ahead. This latter source purportedly pronounced that this latest hitch comes after January saw the federal government postpone the publication of its overarching ‘Basic Policy’ document, which is due to set out the final criteria for those cities hoping to win the right to host one of the nation’s coming trio of integrated casino resorts.