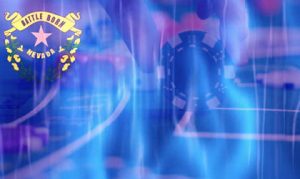 In Nevada, Gov. Steve Sisolak has issued a directive that will see the lion’s share of the state’s restricted gaming industry shut down just before midnight on Friday.

Nearly 2,000 gaming locations throughout the state with 15 or fewer slot machines will be affected by the rollback of the Silver State’s business reopening plan. Additionally, taverns and restaurants will be required to close their bar areas and their dining capacity will be limited to 50 percent. Because many casino bars have bar-top gaming, they will have to close as well.

The order, according to the 1st term Democratic governor, came after discussions with state and federal health officials warning that the number of COVID-19 cases could surge.

“While discussing Nevada’s data, and using other state’s data as guides, the federal representatives advised that if Nevada did not take swift policy action to prevent the spread of COVID-19 throughout our state, we would likely soon be in a precarious condition where hospitals are overwhelmed with patients in the very near future,” Sisolak said, according to a Friday news report.

Sisolak also said in the Thursday press conference that bars in certain counties, including Washoe (Reno) and Clark (Las Vegas), will “certainly” be among those affected by the new order. And that they will close due to the “excessive non-compliance” of the state’s coronavirus health and safety protocols and guidelines that bar businesses and patrons have recently exhibited.

The concern with bars reportedly came after inspections were conducted by Nevada OSHA inspectors who found that less than 50 percent of the bars observed were following health and safety guidelines put forth by the state.

According to data posted by the state Department of Health and Human Services on its website on Friday, Nevada had the second-biggest daily spike, recording 1,004 new cases of COVID-19 and 8 additional deaths, according to the Las Vegas Review-Journal.

The governor reminded the state’s citizens that they are “safer at home,” and that in the event that they must venture out, they are safer wearing masks, practicing social distancing and washing their hands.

“Masks are not partisan, they’re not political, they’re not a joke, they’re not funny, they’re not things that people go to social media and make all kinds of comments and funny jokes about and think that they’re being cute,” Sisolak said. “It is costing lives to have people not mask,” as reported by online news site, The Nevada Independent. 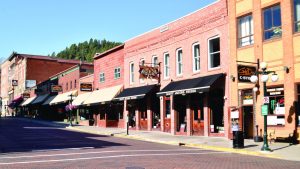