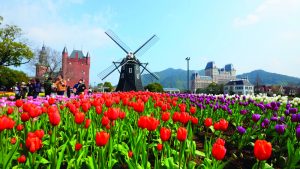 The five groups which took part in the prefecture’s RFP have qualified for the next stage of the process. Meanwhile, Wynn Resorts has said it is still interested in pursuing a casino licence in Japan, however the US-based operator won’t be participating in Yokohama’s RFP process.

The five groups which participated in Nagasaki’s request-for-proposal (RFP) process have qualified for the next phase.

Holding an RFP process is a necessary step for the prefecture to make a bid for one of Japan’s first three integrated resort licences. If the prefecture is successful in its bid, the new resort will open in the “mid- to late- 2020s,” according to a memo released by Nagasaki’s Integrated Resort Promotion Division.

“I would like to express my sincere thanks to the applicants and their partner companies for making their applications during a time when the world continues to fight COVID-19,” said Hodo Nakamura, governor of Nagasaki prefecture. “We will continue to follow the national basic policy and proceed with a rigorous review for our IR operator selection,” he stated.

In March, the prefectural government undertook a “first round” evaluation of the would-be partners, designed to narrow the number of contenders down to three. Following this, a second stage will include what the prefecture describes as a “competitive dialogue” with would-be partners; along with an “integrity review”, and an examination of their respective final proposals for a project.

Representing the wider Kyushu region, the prefecture has proposed a 31- hectare (76.6-acre) site at the Huis Ten Bosch theme park in Sasebo city as a location for an IR.

“There is no other place that is more suitable than Nagasaki prefecture at this time. They have the best situation in terms of public and regional support, with no political risks and the whole island of Kyushu backing their IR push,” explained Joji Kokuryo, MD of Bay City Ventures.

Meanwhile, Wynn Resorts has said it is still interested in pursuing a casino licence in Japan. Nevertheless, the company clarified that it has no plans to take part in Yokohama’s recently announced RFP process.

The Yokohama city authorities announced the timetable for its RFP stage in late January. It will have two phases: the first running from February to May; followed by a second phase between 1 to 11 June.

“Wynn Resorts continues to closely monitor the integrated- resort situation in Japan and views the country as a strong potential market,” the company said. “While Wynn’s positive pursuit of an IR development in the country is undiminished, it will not be participating in the upcoming request for- proposal process by the city of Yokohama, because there is not yet clarity regarding the post-COVID- 19 international IR market nor the definitive national basic policy.”

HOKKAIDO TO HOLD OFF ON IR LICENCE 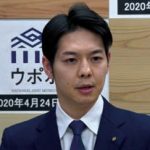 Hokkaido governor Naomichi Suzuki has reiterated that he does not plan to make a bid for one of Japan’s first three integrated resort licences. Suzuki made the comments during a meeting with Tomakomai City mayor Hirofumi Iwakura on 8 March. With applications for one of the first three licenses due by April 2022, the governor told Hirofumi that Hokkaido would reconsider the project in seven years’ time. “My hope for an IR project remains unchanged. I would like to work toward an IR concept that would be unique to Hokkaido,” he affirmed. Suzuki cited the impact of the coronavirus pandemic as playing a role in the decision to pass on an IR licence. “The COVID-19 pandemic has impacted the business environment for IR operators. We cannot secure an examination period,” he stated. Following the meeting, Iwakura, who was actively involved in Hokkaido’s initial IR project preparations, said he was “very disappointed”.