Asian casino operator NagaCorp Limited has reportedly announced that it is considering whether to launch a new share offering in order to top up its liquidity and give it the resources to better weather a slowdown in business caused by the coronavirus pandemic.

According to a report from Inside Asian Gaming, the Hong Kong-listed firm behind Cambodia’s casino-friendly NagaWorld development made the revelation earlier today while additionally declaring that it currently has enough cash on hand to endure a further 18 months of such reduced revenues.

The source also noted that the casino within the giant NagaWorld property has been shuttered since April 1 in accordance with a government-led initiative that was brought in to help stop the spread of the potentially-deadly coronavirus strain. The source moreover detailed that the venue in central Phnom Penh is currently only operating one of its two hotels at reduced capacity while providing guests with limited beverage and food services.

NagaCorp Limited reportedly also disclosed that the average monthly expenditure for its property in Cambodia had been around $18.4 million before the imposition of the coronavirus-related lockdown, which had encompassed some $13.9 million in operating costs, capital and maintenance spend of about $3.2 million and $1.3 million in interest charges. However, the operator purportedly explained that this outflow has since been reduced to approximately $3.9 million while it is currently holding cash and deposits worth roughly $527.1 million. 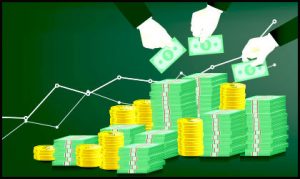 Back to the proposed share offering and NagaCorp Limited reportedly declared that its majority shareholder and Chief Executive Officer, Chen Lip Keong, would be prepared to invest up to $45 million via his significantly-endowed ChenLipKeong Capital Limited vehicle so as ‘to show his support for and confidence in the group’.

“As of the date of this announcement, the terms of the subscription by ChenLipKeong Capital Limited have not been fixed and are subject to finalization but such terms will be the same as those for the other investors in the notes if the proposed notes issue is consummated.”

NagaCorp Limited is furthermore continuing to push ahead with the $3.5 billion expansion of its NagaWorld complex, which is set to bring extra restaurants and retail space as well as a spa, an amusement park and almost 5,000 more hotel rooms. The source pronounced that this project will also likely see the Cambodian venue increase the size of its gaming floor so as to be able to host up to a further 2,500 slots alongside as many as 800 additional gaming tables.