The many tribal casinos in the American state of Minnesota are reportedly starting to re-open after being forced to close from mid-March as part of a campaign to stop the spread of a coronavirus strain that has so far killed some 850 locals.

According to a report from the Star Tribune newspaper, the rural Prairie’s Edge Casino Resort re-opened from May 18 with its casino floor featuring no gaming tables and only about half of its normal complement of some 1,100 slots. The facility located on the outskirts of the small city of Granite Falls is run by the federally-recognized Upper Sioux Community and is purportedly also only making about 70% of its 160 rooms and suites available to customers.

The newspaper reported that this Yellow Medicine County facility has moreover curtailed service at its restaurant with arriving guests required to wear protective face masks and have their temperatures taken via infrared scanners. Eric Preuss, a spokesperson for Prairie’s Edge Casino Resort, purportedly declared that the venue has additionally installed plexiglass shields between individual slot machines but has nevertheless been welcoming players from as far afield as the neighboring states of Iowa and Wisconsin.

“We’re more rural and had only three coronavirus cases that popped up a month ago and have had nothing since, so we felt comfortable re-opening.” 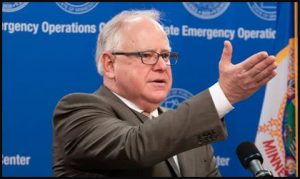 The newspaper reported that tribal casinos in Minnesota largely operate free from state interference and consequently are not required to abide by a coronavirus-related lockdown order implemented by Governor Tim Walz (pictured) in March. This shutdown has purportedly led to the temporary closure of bars and dine-in restaurants across ‘The North Star State’ and is not due to be lifted until June 1.

The Star Tribune reported that the 766-room Mystic Lake Casino Hotel from the Shakopee Mdewakanton Sioux Community is similarly set to re-open from later today without restaurants after earlier reviving operations at its ice rinks and golf course. Featuring the largest casino in Minnesota, this facility purportedly explained that it has moreover instituted plexiglass, temperature check and mask-wearing protections and is to ramp up the cleaning of communal surfaces such as those on door handles, elevator buttons and slot machine screens.

Located only about 20 miles from the Midwestern state’s 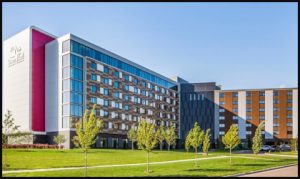 biggest city, Minneapolis, this tribal casino additionally reportedly stated that it is to monitor the health of its employees and ask any patron showing signs of coronavirus to immediately leave. Angela Heikes, President and Chief Executive Officer for the Shakopee Mdewakanton Sioux Community’s SMSC Gaming Enterprise, purportedly told the Star Tribune that gaming floor capacity will be closely watched so as to ensure social distancing protocols with no more than three people being allowed to simultaneously sit at one of its blackjack tables.

“We believe that it is up to us to build the confidence and trust of our guests and our teams. We are in a new place and a new time. We’ll be dealing with coronavirus for a very long time.”

Further down the line and the Star Tribune reported that Minnesota’s Treasure Island Resort and Casino from the Prairie Island Indian Community is planning to partially revive operations from June 1 before being promptly followed by the Mille Lacs Band of Ojibwe’s Grand Casino Mille Lacs and Grand Casino Hinckley properties.