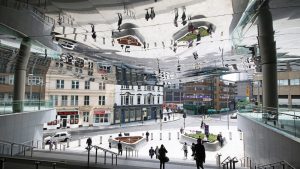 UK Gambling Commission CEO Neil McArthur may have stepped down but just before his resignation he remained resistent to the findings of a PwC report, which revealed the UK’s black market had almost doubled in size. It was, he contended, “not consistent with the intelligence picture”.

The Gambling Commission has accused the industry trade chiefs of overstated the threat represented by black market operators, in an effort to deter punitive legislative overhaul in the ongoing review of the UK’s gambling laws.

Just weeks before his departure, Commission CEO Neil McArthur singled out a new report – commissioned by the Betting and Gaming Council and compiled by accountancy firm PwC – which he said raised concerns which were “not consistent with the intelligence picture” regarding unlicensed operators in the UK market.

“We know that licensed operators and their trade bodies are concerned about the impact of the illegal market, but our own evidence suggests that the impact may be being exaggerated,” he wrote in a letter to the All-Party Parliamentary Group on gambling-related harm.

Tracking players over the period from November to December 2020, PWC’s Review of unlicensed online gambling in the UK has found the number of customers using unlicensed betting websites has grown from 210,000 two years ago to 460,000.

The Big Four auditor’s report also raised concerns about the volume of money wagered with unlicensed operators, which is said to have doubled from £1.4bn in 2019 to £2.8bn.

The report came as the government conducts a Gambling Review, which has specifically requested additionally information about the black market as part of its ‘Call for Evidence’, following widespread concerns raised by a number of politicians.

“This new report by PwC is an impressive and comprehensive piece of work which demonstrates how the unsafe, unregulated black market is a growing threat to British punters,” said Michael Dugher, the BGC’s CEO. “These illicit sites have none of the regulated sector’s consumer protections in place, such as strict ID and age verification checks, safer gambling messages and the ability to set deposit limits.

“It is important to stress that the big increase in the black market is not an argument against more changes to the regulated industry, but an argument that we need to get them right,” he added.

However, in an apparent reference to the recent PWC paper – which was also funded by several major betting companies – McArthur said that black market concerns should be kept in proportion “despite reports from consultants paid for by the industry… and should not distract from the need to continue to drive up standards and make gambling safer in the regulated market.

“In any event, we are not convinced by the argument that suggests that raising standards in the licensed market will prompt consumers to gamble with illegal operators,” he emphasised.

The British government confirmed it would make good on its manifesto pledge to conduct a “major and wide-ranging review” of the UK’s gambling legislation in December. As a first step, it has launched a public call for evidence – which will run until 31 March – on “how gambling has changed over the past 15 years,” ahead of amendments to the 2005 Gambling Act to be instituted by October 2021 “at the latest.”

The DCMS’ call for evidence also raises the possibility of permitting cashless payment for land based gambling, and mentions “changes to machine allocations and/ or machine to table ratios in casinos”, both key items on operators’ regulatory wish lists. However, Lorien Pilling, director of Global Betting and Gaming Consultants (GBGC), suggests the government might ultimately prove unwilling to risk a potential backlash by raising machine quotas. “Sentiment is still against gaming machines, after the FOBT B2 saga. Casinos often argued against B2 machines, so it would be galling for bookmakers if casinos were awarded extra allocations of certain machine categories,” he said. “Given this, it seems an unnecessary argument for the government to start by allowing the expansion of gaming machines.”