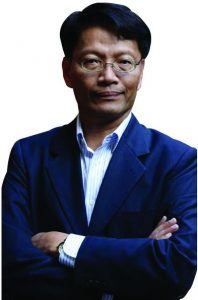 Ben Lee, managing partner at IGamiX Management and Consulting observes that even prior to the pandemic Macau was already seeing a downward trend in GGR and suggests the VIP market will be the key to a recovery.

Casino Review: With the resumption of exit visas to Macau from Guangdong from 26 August, in your view, what’s the outlook for a recovery in the short to medium term?

Ben Lee: It will be a slow recovery for Macau. People have forgotten that in the second half of 2019 we were already seeing a downward trend in GGR as a result of the ongoing trade war between the US and China. Then the pandemic hit adding further downward pressure on a weakened manufacturing sector over in neighbouring Guangdong, Macau’s rice bowl.

Add to that, recent stresses in the junket liquidity system, plus current restrictions on entry into Macau and the casinos in the form of mandatory COVID tests from Macau recognised medical institutions, and you have huge potential roadblocks to a rapid recovery. And if that wasn’t enough, one has to wonder about the casinos trying to charge HKD4,000 ($516) and HKD8,000 ($1,032) – four to five times current pricing – for standard rooms and suites respectively for October’s Golden Week, when the market outlook remains weak.

CR: While Galaxy Entertainment vice-chairman Francis Lui Yiu Tung welcomed the reinstatement of the Individual Visit Scheme, he also expressed concern that “the minute things go wrong, the IVS will be withdrawn again”. How far do you think this sentiment is shared by Macau’s other operators?

BL: That sentiment is widely shared by the locals in that Macau has successfully managed to keep itself free from any local community spread to date, the last thing we need is to open ourselves too quickly and too broadly and suffer a wave that could cause us to have to shut our doors again.

CR: How significant will the VIP segment be in terms of a recovery? To what extent are junkets likely to be impacted by China’s recent crack down on capital flows?

BL: Macau received almost 40 million visitors last year, to which China contributed 28 million. The last thing Macau wants right now is to see those sort of numbers again in the short to medium term until such time as an effective vaccine regime is implemented. The mass market is about economies of scale based on huge volumes of low revenue patrons. Without the traffic, what mass market could there be? That is why not only the operators but also the government has pivoted towards the VIP market as the source of recovery for the industry. Bear in mind that the Macau government receives 40 percent of all gaming revenue as public revenue regardless whether it comes from VIP or mass, and that might give you some perspective.

CR: Do your think it’s likely we’ll see a delay in the timeline for concession renewal?

BL: It is widely believed here that the timeline and the process has been in the hands of Beijing for quite some time now.. The determining factors are the trade war, Huawei, South China sea islands, and now Tik Tok and WeChat. Our new CE previously announced that public consultation on the new concession law will be conducted in the second half of this year. Once that phase has been announced, it should take them no more than 3-4 months to conclude that, and say another one to two months to pass the legislation. The actual tendering process through to awarding of the new concessions should take only three months, which was how long it took the first time around.

Optimistically, we could see the new concessions being awarded by the middle of next year, which would provide roughly a year’s transition for the old and new concessionaires to sort themselves out.