In Rhode Island and a local psychiatrist has reportedly failed in an attempt to get the eastern American state’s successful land-based and mobile sportsbetting services declared as unconstitutional.

According to a Monday report from The Newport Daily News newspaper, Daniel Harrop is a Republican that has unsuccessfully stood to be mayor of the city of Providence on three separate occasions. The activist purportedly filed a summary judgement request in September that would have prohibited the state’s two casinos from offering any form of sportsbetting without explicit voter approval.

Rhode Island launched land-based sportsbooks within its Twin River Casino Hotel and Tiverton Casino Hotel in November of 2018 after the revocation of the earlier Professional and Amateur Sports Protection Act (PASPA) prohibition. It subsequently followed up with a mobile service that allows punters located anywhere within the small state to place bets on a wide range of sports including contests from the National Football League (NFL) and National Basketball Association (NBA).

The Newport Daily News reported that Harrop argued that such services were unconstitutional because they had been launched without explicit approval from the voters of Rhode Island. But, the administration of the state’s Democratic Governor, Gina Raimondo (pictured), purportedly fired back by claiming that the electorate had sanctioned sportsbetting by passing a 2016 referendum that had given the two casinos permission to host table games. 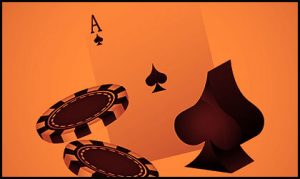 Judge Brian Stern has now agreed with this latter argument by ruling that voters had been given ‘fair notice’ in 2016 that they would be ‘broadly approving all casino gaming and any other games included within the definition of Class III gaming.’

“Voter approval of the referenda questions was not strictly limited to table games simply because table games were explicitly listed. Rather, voter approval encompassed all state-operated casino gaming.”

The Newport Daily News reported that Harrop had moreover sought a summary judgement that would have seen Rhode Island’s mobile sportsbetting service ruled as unconstitutional due to the fact that it offers punters the ability to place wagers in locations other than within the Twin River Casino Hotel and Tiverton Casino Hotel.

However, Judge Stern purportedly ruled that Rhode Island voters had similarly approved such a facility in 2016 due to the fact that all wagers must be processed by computer servers located within the two casinos. He purportedly proclaimed that this geographical stipulation means that gambling has not been physically expanded across the state to give mobile sportsbetting constitutionality under the auspices of 2016’s voter-approved referendum.