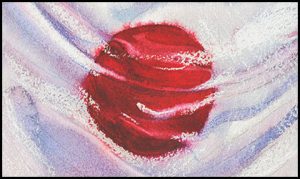 American casino behemoth Las Vegas Sands Corporation has reportedly given up on its campaign to secure one of the coming trio of licenses to build and operate an integrated casino resort in Japan.

According to a report from the Bloomberg news service, the New York-listed operator had previously revealed that it was prepared to spend up to $10 billion so as to bring a Las Vegas-style development to Japan complete with multiple hotels and restaurants as well as a casino and a plethora of exhibition and meeting spaces.

Billionaire businessman Sheldon Adelson helped to establish Las Vegas Sands Corporation in 1988 and has since reportedly been a leading player as the firm expanded into the foreign markets of Singapore and Macau via venues such as the former jurisdiction’s 2,561-room Marina Bay Sands as well as the latter’s even larger Sands Cotai Central. The 86-year-old American was purportedly also one of the biggest backers of a drive to launch the company into Japan and was said to be keen on competing sites in the giant cities of Tokyo and Yokohama.

However, Bloomberg reported that the Las Vegas-headquartered casino operator has now decided to end its 15-year quest to enter the nascent Japanese gambling market after some of its senior management expressed doubts over whether the terms of the coming three licenses would prove beneficial to the firm’s bottom line. The company is now purportedly due to shutter its local Las Vegas Sands International Japan Limited subsidiary and may start deliberations on whether to acquire existing properties in other international jurisdictions.

Reportedly read a statement from Adelson…

“We are grateful for all of the friendships we have formed and the strong relationships we have in Japan but it is time for our company to focus our energy on other opportunities.”

Bloomberg reported that Las Vegas Sands Corporation’s decision, which followed a similar August move from rival operator Caesars Entertainment Corporation, owed much to fears that the initial ten-year term of the coming Japanese casino licenses would not give the firm enough time to recoup its initial investment. The news service purportedly detailed that the company’s management was moreover said to be alarmed by a growing lack of public support in addition to high local land and labor costs and the nation’s 31% corporate tax rate.

Las Vegas Sands may have furthermore reportedly been put off by proposals that are to see Japanese gamblers required to pay a $55 fee every time they enter one of the casinos inside the envisioned three developments while being limited to ten such outings per month. Other worries could have purportedly encompassed a planned a 30% levy on all gambling revenues as well as the prospect that the government may eventually decide to start taxing any cash won by foreign gamblers.