Fans of online casino software developer extraordinaire, Microgaming, will be pleased to hear about its latest release that brings back one of its most popular characters.

Developed exclusively by Stormcraft Studios, Jungle Jim and the Lost Sphinx is the charismatic leader’s second epic quest for lost treasure, this time taking players to the mysterious sands of Egypt.

“We are so excited for the return of this iconic character in Jungle Jim and the Lost Sphinx.”

Originally announced back in July, Microgaming showcased the then-upcoming video slot on a specially designed stand at iGB Live!, which took place at RAI Amsterdam.

The next chapter in the fan-favorite series takes players to Egypt, where they search for the Lost Sphinx in the 5×4 reel, 35 payline online slot that grows to 5×5 reels and 50 paylines at key junctures of the game. Matching the excitement of El Dorado, this surefire hit is packed with features including the Isle of Man-based developer‘s popular Win Booster mechanics and Rolling Reels with 10x multiplier trail.

Against a star-filled desert sky, the action opens in the base game to a 5×4 reel grid and a multiplier trail that gets a boost during free spins up to 10x displayed above the reels. Winning symbols are blasted away by Rolling Reels on each successive win, as fresh symbols drop down, which creates the opportunity for additional wins with increasing multipliers.

Once a player has achieved three back-to-back wins in the base game, the grid will expand to a 5×5 configuration that unlocks 15 extra paylines and awards a 4x multiplier. A bonus respin is additionally awarded to players on a non-winning reveal.

The action heats up when three scatter symbols appear on the reels. When that happens, players follow Jim, grappling hook in tow, as he ascends into the 5×5 reel, 50 payline chamber of the Lost Sphinx to be rewarded with the treasure of a dozen bonus spins and a multiplier trail worth up to 20x.

During the feature, players will be aided when golden Sphinx symbols appear on the center reel, helping them in their effort to reach the elusive 20x multiplier as each symbol collected awards another spin and advances the multiplier trail to the next higher level.

The frequency of bonus spins that are triggered can be significantly improved by players with activation of the Win Booster, during which it only takes two scatter symbols to gain access to the highly sought after feature.

“The team at Stormcraft are very excited to launch this long-anticipated sequel, Jungle Jim and the Lost Sphinx.”

Commenting on the return of one of our favorite characters, Director of Global Operations for Microgaming, James Buchanan, said in an official press release…

“We are so excited for the return of this iconic character in Jungle Jim and the Lost Sphinx. Jungle Jim is ready to dig up incredible rewards with win potential of up to 6,250x. The combination of innovative game mechanics and a graphically rich visual experience makes this latest instalment of Jungle Jim a game not to miss!”

“Jungle Jim is back and ready for his next big adventure!

“The team at Stormcraft are very excited to launch this long-anticipated sequel, Jungle Jim and the Lost Sphinx. With decades of industry experience behind us, we set out to create a beautifully crafted and highly engaging gaming experience, loaded with innovative features and great win potential. The intriguing storyline supported by Jim’s entertaining antics should ensure that this game becomes a fan favourite!”

There’s a lot going on in Jungle Jim and the Lost Sphinx, which is now available exclusively to Microgaming operators.

Introduced by Microgaming in June 2018, the independent game studio, Stormcraft Studios, that supplies exclusive content to the online gaming giant is responsible for successful titles such as Dragon Shard, Agent Jane Blonde Returns, and the steampunked-themed, Fortunium, which was the innovative developer’s first official game release and was unveiled on day two of ICE Totally Gaming 2018. 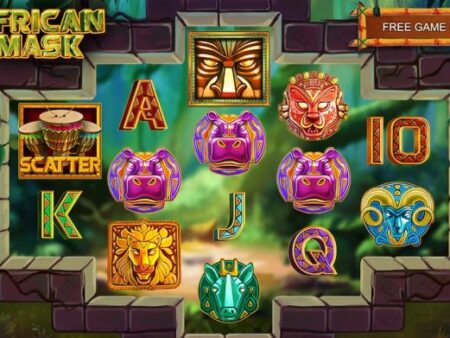