A little over three weeks since launching its Book of Ba: The Secret of the Netherworld video slot, Maltese online casino games developer Tom Horn Gaming has now announced the premiere of its new five-reel and nine-payline Joker Reelz advance.

Headquartered in the Valletta suburb of Is-Swatar, the innovator used an official Wednesday press release to proclaim that its latest three-row video slot is ‘set in an exuberant neon world’ and has been designed utilizing ‘a classic theme loved by players across the globe’ so as to ‘recreate the colorful atmosphere of a circus-like ensemble’.

Tom Horn Gaming detailed that Joker Reelz also offers a pair of bonus rounds in its Joker Free Spins and Towering Reel games. It declared that aficionados can gain access to this former attraction by amassing Wild Joker symbols with the eventual number of free spins awarded dependent ‘on how many Wild Jokers land on the reels’. 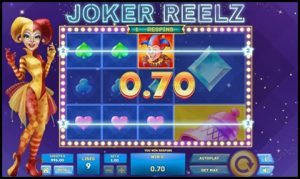 For the Towering Reels bonus and the developer pronounced that players will be able to experience ‘another wave of excitement and whopping wins’ as they endeavor to combine reels into one so as to be showered ‘with big wins in the base game and free spins’.

Tom Horn Gaming used the press release to moreover describe Joker Reelz as ‘a great addition’ to its ever-growing portfolio of online casino games due to its ‘unique features and catchy background supported on mobile and desktop devices’. As if all of this wasn’t enough, the firm stated that the low variance video slot is additionally available to enjoy ‘in a number of major languages’ utilizing a range of global currencies.