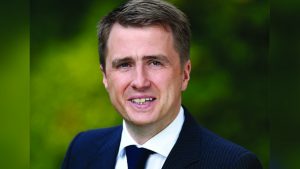 Irish legislators have begun the process of defining the jurisdiction of the country’s new independent gambling regulator, agreed as part of the Interim Gaming and Lotteries Act.

The law, which was passed in December 2020, aims to overhaul the country’s outdated gambling legislation, and establish a regulatory body to oversee the industry by 2023.

“The new regulator will, when fully operational, assume all of the current gambling licensing and regulatory responsibilities as well as new and more extensive enforcement duties,” said James Browne, minister of state for law reform. “When it is established, the regulator will have the necessary enforcement powers for licensing and powers to take action where individuals or operators fail to follow rules and regulations.”

Outlining “key objectives” for the regulator, Browne stated the body will “prevent gambling from being a source or support to crime; to ensure that gambling is conducted in a fair and open way for companies to make decisions in certainty; and to require the promotion of safe and responsible gambling, and to combat problem gambling.”

Existing legislation in the country dates back to 1931 and 1956, with Browne noting current regulatory operation is “spread widely across a range of departments and agencies,” creating “an inconsistent regulatory environment.”