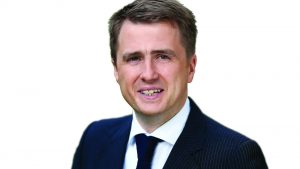 The Irish government has confirmed its new gambling regulator will begin operations in early 2023.

“Good progress has been made in driving this long sought reform on gambling regulation,” said James Browne, minister of state for law reform. “We are targeting some definite milestones in the year ahead including the publication of the General Scheme in Q3 and the appointment of a CEO designate by the end of the year. There is a clear path towards the gambling regulator being operational in early 2023.”

He confirmed that the Department of Justice has established a Programme Board to oversee the implementation of the new regulator and “ensure that the different work streams are progressed in parallel”.

“Gambling is a significant sector and its regulation will need to balance the needs of the businesses and the social implications of problem gambling,” Browne continued.

“Given the size, complexity and technological development of the modern gambling industry and having regard to the current outdated and complex arrangements, it is important that the regulator will be established on a strong footing and adequately resourced to carry out this important task.”