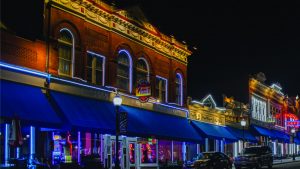 Full House Resorts has confirmed the $180m expansion of its Bronco Billy’s Casino in Colorado will operate as a separate resort, Chamonix Casino Hotel.

The operator’s CEO Dan Lee said that Bronco Billy’s will continue to operate during the construction of Chamonix, which is expected to be completed by the end of 2022.

When the new property opens, Full House will temporarily close Bronco Billy’s for several weeks to refurbish the 29-year-old casino.“The New Bronco Billy’s will continue to offer its Western theme under the Bronco Billy’s name and will be connected to the adjoining Chamonix Casino Hotel,” Lee said.

Full House plans to spend $3.4m to acquire several land parcels and the nearby Carr Manor, a bed and breakfast inn with 15 rooms. Lee said Carr Manor would be utilised to provide overnight accommodations for Bronco Billy’s guests when the property’s existing hotel rooms become unavailable during the refurbishment.

“In response, we increased our plans for the new hotel in Cripple Creek, expanding the room base by 67 percent,” Lee explained. “We believe Chamonix’s upscale atmosphere will be a perfect complement to the refurbished Bronco Billy’s.”