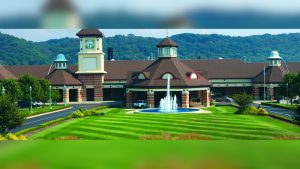 Truebner-Webb has previously served as Rising Star’s executive director of finance and administration, where she oversees the property’s information technology, human resources, and finance departments. Prior to joining Rising Star in February 2019, she worked for nine years at the Full House’s Silver Slipper Casino and Hotel in Mississippi.

James McCracken has been named assistant general manager of Rising Star. He formerly served as executive director of casino operations at the property. Additionally, Ashlee Wilkerson has been appointed as Rising Star’s new director of human resources.

“I am pleased to announce these recent promotions from within our internal ranks,” said Dan Lee, president and CEO of Full House Resorts. “Angi, Cyndy, Jim, and Ashlee have done great jobs in helping our company grow to new heights. We look forward to their continued contributions in their new leadership roles.”