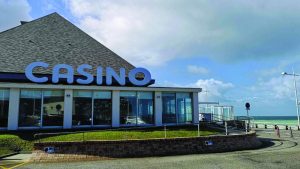 The local government in Fécamp has renewed Joa group’s licence to operate its casino. The company was the only firm to participate in the commune’s tender for the concession, which notice launched in May 2019.

The casino previously operated under the Emerald brand, before being purchased by Joa two years ago. The new concession will run from November 2021.

The casino, which is currently located on the seafront, will move to a new premises which will be built at the port of Fécamp. To be located in a former customs building, the new venue will be designed to be consistent with other ongoing projects in the commune, including a spa hotel project and a fishing museum. Ownership of the building will revert to the municipality once the concession expires.

The property’s new gaming floor will be 2,400 sqm, an increase of 890 sqm on the current casino. Poussier-Winsback suggested the investment for the new casino will be around EUR7-8m, while the venue is slated to open in Q1 2024. While construction is ongoing, the current establishment will remain open.