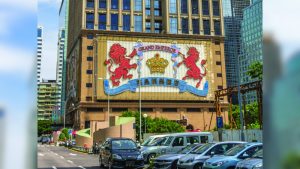 The result compares with a profit of HKD263.9m ($34m) in the previous fiscal year, according to a filing with the Hong Kong Stock Exchange on 22 June.

Emperor Entertainment attributed the fall to a “drastic decrease in the number of visitor arrivals” to Macau, due to “travel and entry restrictions” as a consequence of the coronavirus pandemic.

The company reported negative adjusted earnings before interest, taxation, amortisation and depreciation (EBITDA) of HKD205.4m, compared to a positive figure of HKD280.4m a year earlier.

Revenue for the mass-market segment was HKD138m for the financial year, down 77.9 percent from the prior-year period. It made up around about 66 percent of the company’s total gaming revenue.