The Denver Broncos franchise of the National Football League (NFL) has announced the signing of an agreement that will see the BetMGM service from Roar Digital serve as an official sportsbetting partner.

The Colorado side used an official Thursday press release to detail that the new alliance is to involve its 76,000-seat Empower Field at Mile High stadium featuring the BetMGM Lounge so as offer fans at least 21 years of age access to a full-service bar as well as assistance in enjoying a branded free-play mobile sportsbetting app. The team stated that the multi-year arrangement will furthermore encompass ‘VIP travel packages’ alongside a range of ‘digital marketing assets and in-stadium promotions and signage’ including a season-long First Possession Payoff campaign.

The Denver Broncos last month inked a similar union with FanDuel Group and declared that this newest partnership is to moreover include the launch of the free-to-play Denver Broncos 365 mobile sportsbetting app to offer punters the chance ‘to test their sports prediction skills for a chance to win prizes’ such as trips to properties operated by MGM Resorts International.

Roar Digital is a joint venture of MGM Resorts International and GVC Holdings and recently launched a locally-licensed iOS and Android-friendly sportsbetting service for aficionados in ‘The Centennial State’ under an agreement with the Midnight Rose Hotel and Casino property from operator Triple Crown Casinos Incorporated. The enterprise’s Chief Marketing Officer, Matt Prevost, used the press release to pronounce that the association with the Denver Broncos is set to permit PlayMGM to showcase a plethora of ‘world-class entertainment experiences’ in addition to its own ‘sportsbetting and gaming platform’ to sportsbetting fans spread across Colorado.

Read a statement from Prevost… 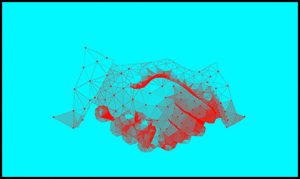 Empower Field at Mile High and across the country and to offer BetMGM users new ways to engage with their favorite football team.”

For his part and Mac Freeman, Chief Commercial Officer for the Denver Broncos, asserted that the fresh relationship with Roar Digital had been borne out of a desire to provide the Denver-headquartered team’s supporters ‘with unique ways to engage with sportsbetting.’

Read a statement from Freeman…

“Together with BetMGM, we can now offer our fans and M Life Rewards members in Colorado new opportunities such as in-stadium gaming lounge, VIP travel packages to MGM [Resorts International] resorts around the country and a free-to-play game through our mobile app.”