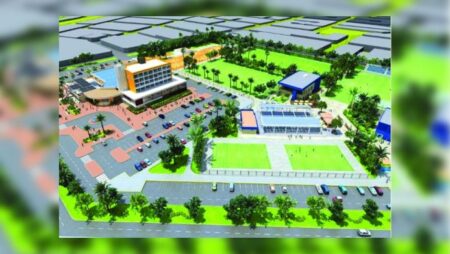 Work on the Paseo Sol del Río hotel and casino complex in Viedma, the capital of Río Negro province, is proceeding apace.

Local operator Crown Casino SA will invest around ARS800m ($12.9m) in the new complex which will include a casino, a 60-room, four-star hotel, a convention centre with capacity for more than 500 people, a food court, and retail outlets.

The company signed a deal with a local football club, Sol de Mayo, to purchase of two hectares of waterfront land from the club on which it will build the new venue. Under the terms of the agreement, Crown will also build new facilities for the club and refurbish and expand existing ones as part of a ARS200m investment.

“People have seen that the project wasn’t just talk,” he stated. “While the casino will obviously form a key part of the project, at the same time this will be a service for Viedma as a whole, and we’ll have a club that’s like new.”