According to a Wednesday report from G3Newswire, the 157-year-old venue was temporarily shuttered in mid-March due to the coronavirus pandemic but began welcoming gamblers again from last Friday as part of a lowering of local social distancing restrictions.

G3Newswire reported that Monte-Carlo Societe des Bains de Mer has also revived business at its adjacent Brasserie du Cafe de Paris Monte-Carlo with both operations now sitting across from a redeveloped Place du Casino. The source explained that this open space has now been given a new layout as part of the larger Boulingrins Gardens renovation so as to bring it closer to its look from the 1930s.

Monte-Carlo Societe des Bains de Mer reportedly detailed that this redevelopment was undertaken to help the area around the Casino de Monte-Carlo maintain its reputation as one of the world’s most exclusive tourist destinations while providing a safer space for pedestrians. The Monaco-headquartered operator purportedly also explained that the undertaking will not alter the course of the famous Monaco Grand Prix but has provided a space for its VIP patrons to park their vehicles. 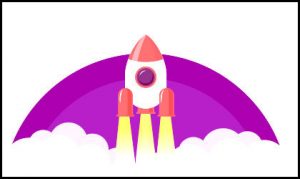 Reportedly read a statement from Biamonti…

“The resumption of our gaming, hotel, restaurant, well-being, shopping and entertainment activities is a long-awaited moment for the group. Our absolute priority is the health and safety of our customers and our employees. For the most exclusive destination in Europe to also be the safest, we have taken all necessary measures in compliance with government directives for the serenity of our customers.”