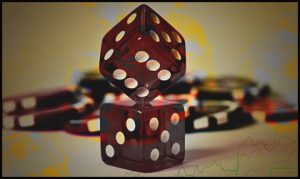 A sub-committee of the California State Senate reportedly passed a controversial piece of legislation last week that could see the local electorate given the chance via a forthcoming November referendum to legalize sportsbetting.

According to a Tuesday report from the online news domain at SportsHandle.com, the proposed measure is known as SCA6 and was approved by the California State Senate’s Governmental Organization Committee last Wednesday courtesy of a nine-to-three vote. The legislation is now purportedly set to be considered by this same body’s Appropriations Committee and would seek voter permission to alter the western state’s constitution so as to allow its horseracing tracks and tribal casinos to offer in-person and mobile sports wagering.

SportsHandle.com reported that California is home to over 100 aboriginal casinos and the proposed legislation would require such venues to partner with an established sportsbook supplier before being allowed to launch any type of sportsbetting operation. The measure is purportedly the brainchild of California State Senator Bill Dodd and California State Representative Adam Gray and would also oblige punters to register in person before being allowed to place online bets.

However, far from being eager to capitalize on this new

potential revenue stream, numerous tribes in ‘The Golden State’ reportedly used a two-hour hearing into SCA6 to voice their opposition due to the fact that the measure would additionally make it unequivocally legal for the state’s privately-run card rooms to continue offering player-banked games such as poker. This issue has purportedly long been a source of dispute between California and its many casino-operating tribes as the latter group feels it already has exclusivity over this lucrative source of revenues via a plethora of gaming compacts.

Despite the fact that SCA6 would furthermore grant the state’s aboriginal casinos a monopoly on blackjack and allow such venues to add roulette and craps to their gaming floors, SportsHandle.com reported that multiple tribal interests unflatteringly described the measure using words such as ‘betrayal’ and ‘odious.’ Jeff Grubbe from the Agua Caliente Band of Cahuilla Indians purportedly proclaimed that the proposal would ‘strip away the exclusive rights of California tribes to offer banked games as negotiated in the compacts’ before defiantly asking why legislation dealing with sportsbetting includes language on ‘banked games by card rooms that are built on circumventing the law.’

SportsHandle.com reported that many of these same tribes were part of a coalition that had sought to collect enough signatures to get a constitutional referendum of their own placed on the upcoming November ballot. This planned measure would have purportedly legalized land-based sportsbetting at California’s tribal casinos and horseracing venues without touching card rooms but ultimately ran into trouble and died due to the social distancing restrictions put in place following the outbreak of the coronavirus pandemic.

The news domain reported that SCA6 is facing a long road 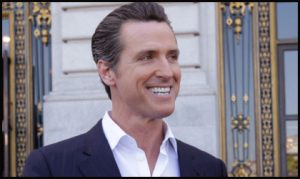 to ratification as it must still be approved by the California State Senate and this body’s compatriot California House of Representatives before gaining the approval of first-term Governor Gavin Newsom (pictured). Its enactment may moreover be delayed if the aggrieved tribes decide to initiate legal proceedings although Dodd is said to have told hearing attendees that he is willing to work to find an equitable solution as the state ‘cannot afford inaction’.

Nevertheless, SportsHandle.com reported that Chris Grove from boutique research firm Eilers and Krejcik Gaming used the hearing to predict that legalized sportsbetting could eventually result in California earning up to $503 million every year in taxes. The analyst purportedly furthermore forecast that the activity would likely record gross gaming revenues of around $761 million to pay some $282 million in tax over the course of its first year.