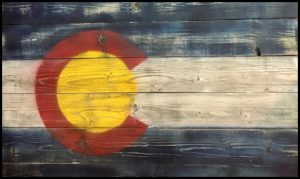 American casino operator Century Casinos Incorporated has announced the signing of an agreement that is due to give British sportsbetting giant Bet365 access to the nascent online sports wagering market of Colorado.

The Colorado Springs-headquartered firm used an official Tuesday press release to detail that the ten-year arrangement will allow Bet365 to operate an own-branded online and mobile sports wagering service for punters in ‘The Centennial State’ in exchange for agreeing to hand over a percentage of the coming facility’s annual net gaming revenues.

Century Casinos Incorporated is responsible for land-based casinos in the Colorado communities of Cripple Creek and Central City and declared that the alliance with Bet365 additionally contains ‘a minimum annual revenue guarantee’ and had involved the sports wagering provider handing over an ‘advance fee’. It moreover stated that the Stoke-on-Trent-based firm has now become its ‘second Internet sportsbetting operator partner’ following the February signing of an analogous deal with Nevada’s Circa Sports and that it now ‘has one more master license available’ for sale.

“Bet365 will complete the necessary application and approval process with the state of Colorado. It will operate an Internet and mobile sportsbetting application under the Bet365 brand.”

The online news domain at LegalSportsReport.com used its own Tuesday report to explain that Bet365 is already active in the United States’ embryonic online and mobile sportsbetting market via a New Jersey-facing pact with the Hard Rock Hotel and Casino Atlantic City. The provider purportedly also has a similar deal in place with New York’s Resorts World Catskills should that state ever legalize sports wagering.

Colorado ratified legislation in November to become the 19th American state to authorize some form of sportsbetting in the wake of 2018’s revocation of the previous Professional and Amateur Sports Protection Act (PASPA) prohibition. The jurisdiction is home to 17 land-based casinos and has so far witnessed the launch of six online sports wagering services run by the likes of MGM Resorts International, DraftKings Incorporated and the Rush Street Interactive subsidiary of Rush Street Gaming.

Bet365 has been described as ‘the world’s largest online sportsbook operator’ thanks to its market-leading position in jurisdictions such as Italy and the United Kingdom. However, the domain reported that this dominance has yet to translate to the United States despite the fact that the operator regularly generates annual company-wide revenues of almost $4 billion and streams in excess of 190,000 events each year.